{Where To/Not Eat For Vegetarians
in Downtown La Jolla, California}

Thai food: We walked to Aroi Cafe, a spunky Thai restaurant with a somewhat diner feel. This place is very vegan and vegetarian friendly. The vegetarian fresh rolls were tasty, and they can make their curries mild for anyone who doesn’t like food that’s too spicy. We were a party of 4 adults and ordered 1 app and 2 entrees, plus 1 order of rice and we were stuffed!

Mexican Food: Don Carlos Taco Shop is the famous Mexican, hole in the wall in La Jolla. The portions that are so huge you won’t eat for the rest of the day after enjoying a burrito or even the chips and salsa! They serve authentic Mexican coke and if you speak Spanish, it’s helpful in case you need to customize your order at all. Very vegan and vegetarian friendly. Just specify that you don’t want cheese and eggs. Their meals are delicious without it! Below are some handy Spanish phrases and vocabulary for vegans and vegetarians.

Italian Food, Olive & Basil Italian Restaurant: The location is brilliant – upstairs with ocean views. Their vegetarian and vegan options were VERY limited entrees. They had a couple salads but after a long day in the sun and beach activities we were looking for more hearty meals. The next time I go back to La Jolla, I’ll probably skip this place and might try the Indian place downstairs – Taste of Himalayas.

In a party of 5 adults, 4 of us ordered the Olive & Basil pasta and 1 person ordered the Veg Med which is a combo of falafel, dolmas, quinoa Greek salad – she was the only one who liked her dish. The rest of us found the pasta oily and bland.

Breakfast for vegans and vegetarians: Living Room Coffeehouse. This large cafe is just a few doors down from La Grande Colonial. They have a huge menu with vegan and vegetarian items – but to be honest better for vegetarians than vegans.

We tried the muffins, croissants, granola with yogurt and fruit, toast and coffee – and we enjoyed all of it. The cozy ambience is nice. True to its name, you feel like you’re in your living room with the sofa tables as well as traditional seating with ocean views. We liked it so much that we went back the next day too.

The Living Room Cafe’s service kinda meh. The area that could use improvement is their service. They messed up our order both days but we were nice about it and so were they. It was surprising though, as they weren’t very busy either day.

We looked up other restaurants in the area but they were either a bit further away or the menus didn’t suit our tastes. The good news is that there are more options than ever for vegans and vegetarians!

The day we went snorkeling we went to La Jolla shores and all along Avenida de la Playa were tons of really cute restaurants and cafes. We didn’t stop at any, as we wanted to go to Don Carlos’s Taco Shop, but if you’re headed there and staying in La Jolla Shores (vs. La Jolla Village), definitely check it out.

Just strolling along the Avenida and discovering all the little shops, restaurants, and gelaterias is part of the whole fun!

{Spanish Phrases for Vegans and Vegetarians}

I am vegan: Yo soy vegano

We are vegan: somos vegano

Use phrases above to order enchiladas, tacos, tamales etc. Just replace burrito, with whatever you’re ordering.

Esta bien = it’s good, or it’s ok. For example if you’re vegetarian but not vegan and  someone asks you if cheese is ok, you can reply with “si, queso esta bien” (yes, cheese is ok).

Chicken = pollo (some people around the world don’t consider chicken meat so it’s a good idea to specifically state that you don’t want chicken in addition to meat.)

I hope this article has been helpful to you and inspired your visit to La Jolla! There are lots and lots of great places for vegetarians and vegans. You might have to do a bit more digging, but most vegans and vegetarians are used to that!

Definitely take advantage of the Spanish phrases and vocab – speaking in Spanish changes the whole dynamic of the conversation!

If you are planning to go or end up going, definitely comment and share your stories, recommendations and photos! Especially if you end up going to any of these restaurants and/or used any of the Spanish! 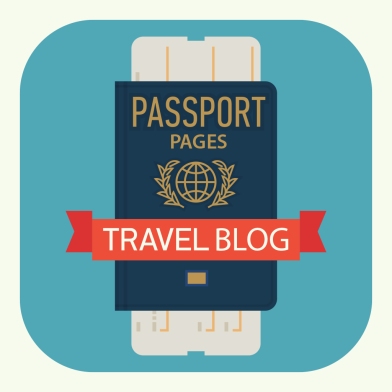 My visit to #Tikal was a day trip from San Ignacio, #Belize. It was my 1st time visiting a Mayan ruin and I was in awe of how this ancient city was built and dominated the Maya region politically, economically and militarily, without the modern machinery and equipment of today. It was pretty inspirational. Also, I felt like a total badass for climbing all the steps without huffing and puffing -- a few months after surgery. It was like the ancients were tacitly cheering me on, to keep charging ahead!⁠
The #SanFrancisco bay area is on fire right now. Praying for everyone's safety and dreaming of better days by remembering this unbelievably gorgeous hike at @Point Lobos Natural Reserve. That day we also saw humpback whales breaching. I was giddier than a 4 year old girl, who just met Cinderella, while wearing her own princess dress....at Disneyland. I ❤️ California. ⁠
Missing #PeytoLake and #Banff. On the days I miss travel more than usual, I pull out my archives and focus on the memories of the travels I've already enjoyed. And relive the experiences. And that reminds me to be grateful and gracious. ⁠
Wishing everyone happiness and joy in the new year! Happy Diwali! The thing I love about this photo is I took it last week in #montevideo, #uruguay at an Indian inspired vegetarian restaurant. I ❤️ the 🌏!! #travel, #happiness, #joy
Spent the morning today at Kibale National Park chimp trekking. A truly intrepid experience to say the least!!
I loved these fern fronds we spotted during the hike at Kilauea Iki Crater. Reminded me of Willy Wonka's Chocolate Factory.
Loading Comments...
%d bloggers like this: